As part of the Humanities Vault (clustered with art and music classes), the drama class is offered to Cathedral students beginning in first grade. The purpose of the drama class is to introduce young students to the world of theatre, though its benefits reach far beyond acting. As students read, memorize, and perform adaptations of various classical stories, they develop important life skills such as public speaking, physical expression, reading/subtext comprehension, and the ability to work in an ensemble. Academically, the experience of physically embodying a character brings the story to life as students learn about characterization, plot structure, mood, and other literary elements. 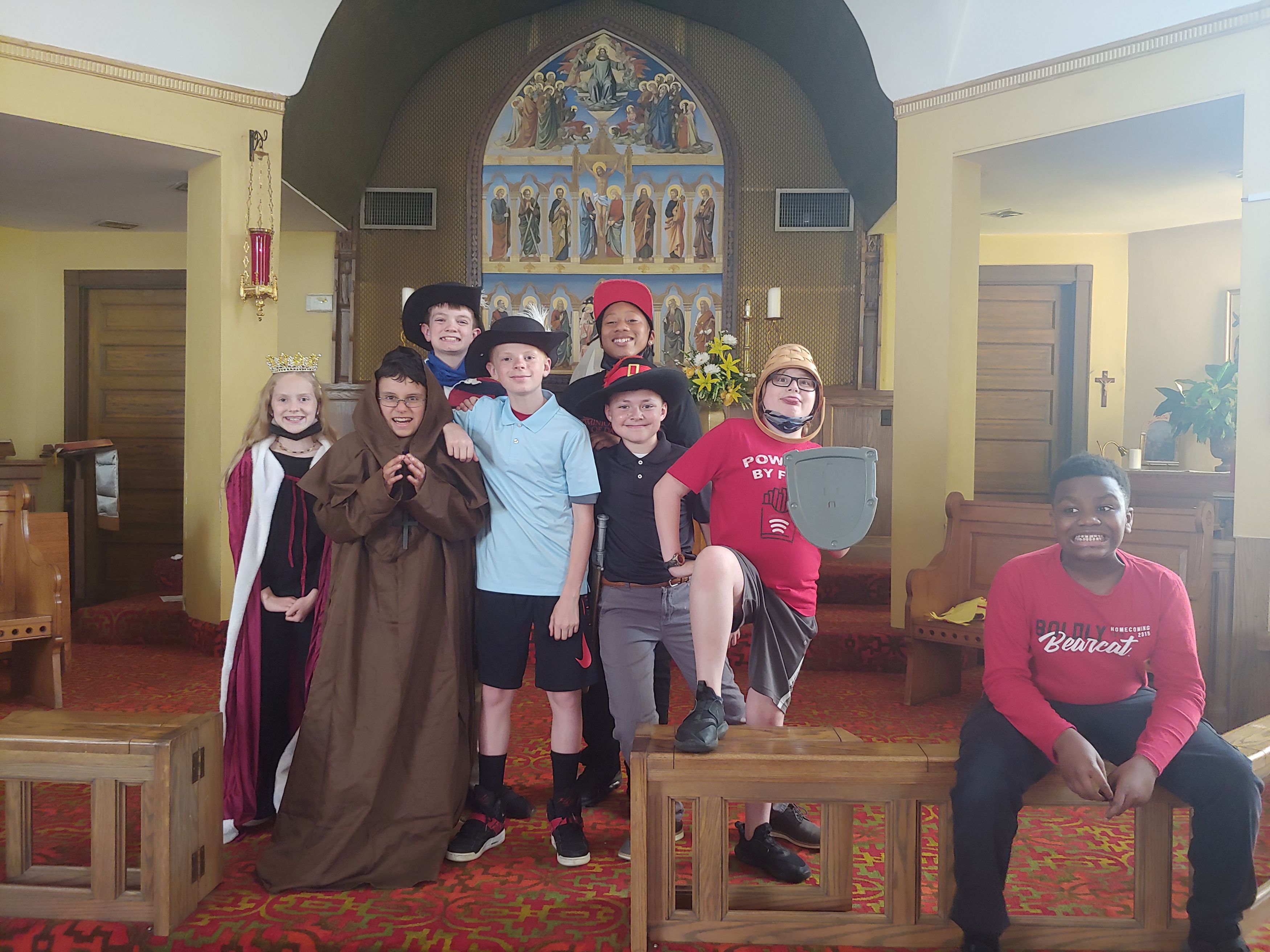 At the junior high level, theatre is incorporated into the literature curriculum. In American literature (usually taken in seventh grade), students will discuss parody as they rehearse and then perform a farcical version of Mark Twain’s The Adventures of Tom Sawyer for their quarter project. In world literature (usually taken in eight grade), students study and perform Sophocles’ Greek tragedy Antigone and Edmond Rostand’s 1897 dark comedy Cyrano de Bergerac.